I wanted to do a diorama like I’ve never seen before. Dioramas are such a unique way to tell a story and allow guests to take in a world or moment in time. But it starts and ends with good lighting.

Unlike their bigger brother – the experiential-walkthrough, dioramas cost less, and don’t have to deal with the necessary, but loathsome, building code issues. Disney does the best job I’ve seen at designing around these issues but trust me, it’s not easy, and is usually quite a shock to noobs to the industry.

That said, I’m sure we’ve all seen those dioramas; the ones lit entirely with a big, ugly florescent tube light. It washes out all the detail and mood, holding your attention for about negative one second. A lot of this is due to a couple of things – older models not having LED technology in their time, not allotting enough exhibit space to properly hide the lighting, or just not thinking about lighting until the 11th hour.

I had to do these dioramas differently.

Over the last several years, I’ve been studying film and all the aspects that go into it to make a solid moving-picture-show. The biggest resource that helped me, other than my friend and mentor Doug Henderson, hands down is No Film School. They have collected blogs, tutorials, behind-the-scenes, and more from tons of filmmakers all over, and have blessed planet earth with that knowledge to go forth and be creative. So cheers, No Film School and Doug!

Before looking at the lighting inside the diorama, I want to mention that the space outside the diorama must be designed for optimal viewing, and must be dark to allow the scene to stand out. If it has to compete for attention from something else, if it’s tucked away and hard to notice, or if you walk in and it’s so bright you only see your own reflection in the glass, you have a big problem. I’ve worked on dioramas that had some combination of all these issues and I would go as far as to say that it’s not even worth having one unless you have these things under control. A diorama is certainly cheaper to make than a full scale set, but still not cheap!

Along those lines, another big thing for me was the positioning. It’s extremely un-engaging to approach a diorama and look at the top of the character’s head. People rarely bend down to look at the dioramas, so you have to bring it up to them. I wanted the scenes to feel like pieces of art in a gallery when you approach them. This is a little tricky when you’re dealing with the logistics of making sure guests have good viewing access to exhibits – for example, the eye line of people in wheel chairs are lower than your average adult, not to mention the heights of children. But due to the more adult nature of these dioramas, I was able to get away with keeping them a bit higher than normal. When you approach a diorama, the best viewing position is right down there with the characters. That’s the sweet spot where it's the most engaging, and I desperately wanted get the character’s eye lines as close to the average guest as I could get away with.

Architectural dioramas are different, like this diorama we did of the Tower of Babel. In this case, the characters are too small to emotionally engage with them, and the main purpose of the scene is intended to be more functional than emotional.

One of the things I wanted to do was have all my strong light sources behind the main subject, even if just slightly. This way it pops the characters out, kind of that Ridley Scott lighting. Mmmmm…

I also had a lighting plan from the get-go, but didn’t necessarily know what types of lights I was going to be using to achieve my vision. There were lots of testing and experimenting as I went. And in a few cases, I had to scrap the initial idea and improvise.

The rule is, if you have a backdrop or mural in the diorama, you have to be able to light it separately from the rest of the diorama. Just like if you’re lighting a backdrop for film. You can’t have a character’s shadow falling against a cityscape mural. The illusion will be blown.

This one was a pretty simple diorama. It was the first one I had designed, but it still had some interesting challenges. The backdrop is a dome (which on a side note, was really annoying to get a smooth paint finish on because you spray one area and it blows paint dust onto another freshly painted area.)

The Tower of Babel – HO scale

Again, I didn’t want to just light this with a big ugly florescent tube bulb just above the glass. It would have completely washed out all the detail. I wanted that hot, midday feel, with the “sun” slightly behind the tower to really pop it out and cast a nice shadow in front of it.

This one went easier than I thought it would. My initial plan was to basically make a diffused lighting from above and make a sort of “egg crate” to block the light source from the guest’s eye. As I saw the mural progress, I went against that idea and lit it with Gantoms from the front (mostly).

I am not looking forward to the day when the LEDs in this start dying because this diorama has tons of very specifically placed lights EVERYWHERE. This was a big challenge but very rewarding.

We were getting very close to our deadline when I got it mostly lit and realized it just wasn’t working. I had not planned on putting such a strong light source in the middle – the fire pit. But without it, your eyes stayed on all the outer rim characters, and didn’t engage with what was happening in the center. So last minute, I sculpted some fire, stuck some sticks and rocks in there, poured silicone and threw it in the pressure pot to cure bubble-free. Then I cast it in clear resin under pressure and, I believe, I sandblasted the final thing. I am really happy how it came together. There is an orange gel under the fire, and I hit the tips with a dark stained glass paint to mimic real fire. I may have put in just a little blue in the base of the flames too.

This one was a little easier to light than the feast scene, but still a goodly challenge. Inspired by various gladiatorial paintings with this harsh, mid-day sunlight spilling into the Roman Coliseum (not to mention the movie Gladiator), I really wanted that hard lighting. Hard lighting can be challenging with dioramas because if that source is too confined, you’ll start to see the characters’ shadows moving away from the source very noticeably, and start looking like its from a light bulb rather than a distant light source, such as the sun. Also, with a general light idea in mind, I cheated a lot of the design to accommodate where I could hide lighting. The sky above is not a cyclorama – there’s a hard corner and a big seam that runs down the middle, but I designed the awnings to hide that, as well as all the strip lights that light it.

I hope this inspires and informs! There are more pictures HERE. In the future, I’ll do a post talking about all the 3D printing we did, and what we learned about it. Thanks for reading and please like, follow, and share! And write in with other recommendations for blog topics. 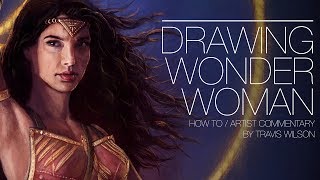